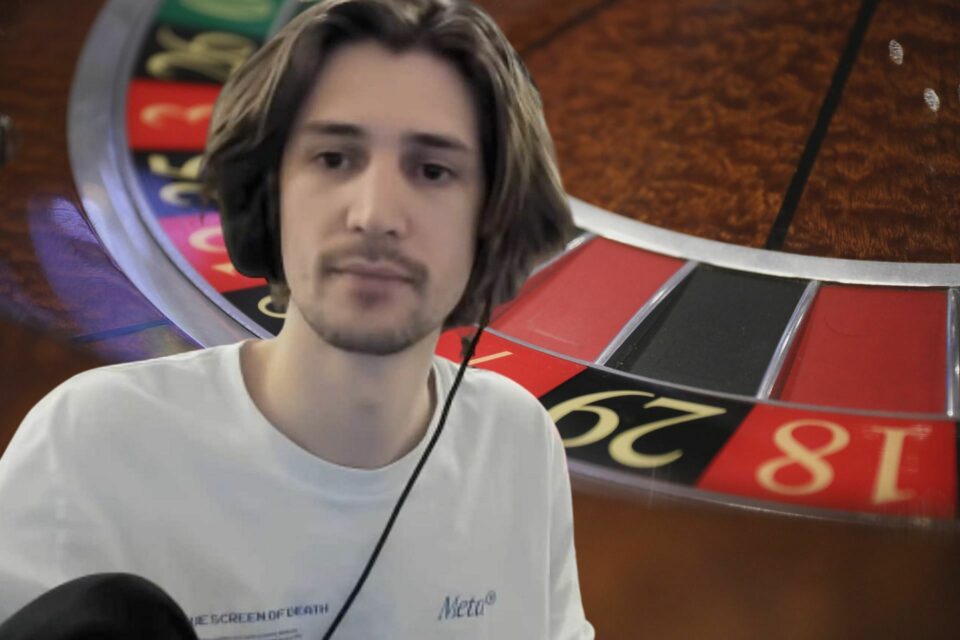 Felix, or as he is popularly known, xQc, is among the biggest streamers in the world. With close to 11 million followers on Twitch, he is certainly raking up top dollar as a streamer and content creator. According to Sportskeeda, the self-proclaimed ‘Juicer’ boasts a hefty net worth of $ 9 million, with almost 3 to 4 million coming from his Twitch earnings alone. Besides being a full-time streamer, Felix is ​​an avid gambler and crypto currency trader.

Interestingly, his standpoint regarding gambling has garnered a lot of criticism from the gaming community, however, it has not deterred the Canadian-born streamer from engaging in gambling, online roulettes, and online casinos. Although the Juicer is generally known to win big, he has also suffered significant losses while gambling. The article below lists the five biggest losses of xQc’s gambling career.

While on a podcast with Imane “Pokimane” in a stream uploaded in May this year, xQc opened up about his gambling and poker addictions. Upon being asked about the amount he has lost, the Canadian responded that he had lost nearly 2 million dollars in gambling in the previous month itself (April 2022) before providing a more accurate number of 1.85 million dollars.

Pokimane also asked him if he only gambles on his livestream, to which the 26-year-old admitted that he gambles even when he is not streaming.

xQc was seen enjoying a slot game called ‘Play The Wild Machine’ (created by Pragmatic Play) in a recent video on his Twitch account in June 2022. Although he initially won a lot of money, he quickly lost it all owing to a website malfunction.

After an incredible run on the lucky spin, he earned almost 825K. However, his joy was soon cut short after he clicked on the browser’s refresh button, resulting in a server error which caused him to lose all the money he had just won. The streamer cried out in exasperation:

In May 2022, while playing yet another Stake online gambling game, xQc ended up losing well over 400K of his wagered money. In a slot machine game called ‘The Hand of Midas,’ the Juicer ended up losing a chunk of his invested money within a span of just 10 to 15 minutes.

By the end of the clip, it was revealed that the 26-year-old had wagered over 700K dollars and his profit margin at the time stood at a negative 416,893.93 dollars.

In a stream earlier this month, xQc was seen losing big yet again in a Stakes ’slot machine game. It is well known that the Overwatch pro-turned-content creator has a knack for risking it all. While playing ‘Hot Fiesta’, a slot machine game, the streamer was seen casually losing almost $ 170K in seconds.

He initially had a bankroll of $ 220K, which diminished drastically within a few moments after xQc’s balance dropped down to $ 57K. However, this fact did not perturb him as he continued to play without thinking about it too much.

In November last year, fellow Twitch streamer and content creator Sodapoppin revealed how he had witnessed Felix lose 100K within four minutes of procuring the money. Speaking to his viewers, Sodapoppin recounted that the Canadian had waited eight hours in the queue to gather 100K, but then lost every single dollar in just a few minutes. He added:

“Can you imagine, like yeah, oh my god, it’s like a 100K, but for him, it’s the fact that he spent eight hours getting the money, only to lose it in four minutes.”

He also revealed that the other streamers present in the casino were upset because most of them were unable to watch the Juicer gamble live.

Gioconews Casino – Online casino, the five most played games in 2022