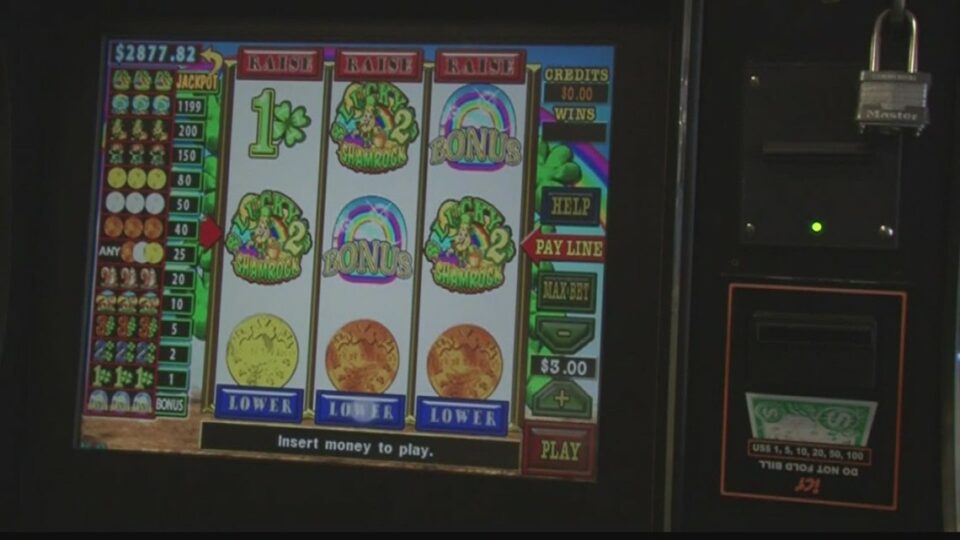 The gaming commission says if Jacksonville allows the return of the electronic games after shutting them down in 2019, it could conflict with state law.

JACKSONVILLE, Fla. — (Editor’s Note: The video above is from a previous story)

The Florida Gaming Control Commission is warning that a proposal to legalize “adult arcades” in Jacksonville with casino-style electronic games could run afoul of the state’s prohibition on slot machines in Duval County.

In a letter to city officials, the gaming commission says if Jacksonville allows the return of the electronic games after shutting them down in 2019, it could conflict with state law that bans slot machines in most of the state.

The letter prompted City Council member Garrett Dennis, who filed the legislation, to say he will defer his bill until City Office of General Counsel Jason Teal tells him “whether or not this bill contains illegal gambling.”

“I do not want to put any of my colleagues in the position of voting on any illegal activity or sanctioning it as well,” Dennis wrote to Teal. “Time is of the essence, and I look forward to having your legal guidance as soon as possible, so I can decide whether to move forward or withdraw” the bill.

Jacksonville and the state of Florida have wrestled for years with how to handle establishments that use devices that resemble casino-style games.

In 2013, a state investigation resulted in 57 illegal gambling arrests as part of an alleged $300 million racketeering and money-laundering scheme involving the St. Augustine-based Allied Veterans of the World. Allied Veterans ran dozens of the gaming centers in Florida.

Hours after the arrests, Lt. Gov. Jennifer Carroll resigned because of her connections to Allied, but she was never charged with a crime.

Jacksonville attorney Kelly Mathis, whose clients included Allied Veterans, faced the most serious punishment after he was convicted and sentenced to six years in prison. But he never served any time, and a state appeals court overturned the conviction and prosecutors dropped the charges.

Three years ago, the city banned what it called “simulated gambling devices” after deciding they were public nuisances that fostered criminal activity such as armed robbery. Two people died that year trying to stop crimes at those establishments in Jacksonville.

The ban caused the closure of 140 to 160 businesses, also called internet cafes, that were scattered across the city in strip shopping centers and stand-alone buildings.

Dennis said the city’s shutdown of those establishments had nothing to do with whether they violated any gambling laws.

“When you look at 2019, we did not close the adult arcades because there was illegal gambling,” Dennis said.

He said he does not think the electronic devices used in such arcades are slot machines that violate state gambling laws.

But the letter sent by Florida Gaming Commission Executive Director Louis Trombetta raises the possibility that if the city allows adult arcades, that would conflict with state law that tightly restricts where slot machines are allowed.

“Slot machines in Florida are generally illegal,” Trombetta wrote in the July 21 letter. “And slot machine gambling is not specifically allowed in Duval County.”

He said the only way to allow slot machines in Duval County would be through a change to the state Constitution, and a city ordinance would have “no effect” on being able to legalize slot machines.

“Owners and operators of any existing ‘adult arcade’ offering illegal slot machine gaming should be aware of the civil and criminal consequences for such illegal gaming,” he wrote.

He said representatives of the Gaming Control Commission plan to be at the public hearing slated during a 5 pm Tuesday meeting of the council’s Land Use and Zoning Committee.

The state Department of Business and Professional Regulation previously regulated gaming activities in Florida, but the Gaming Control Commission took over that role on July 1.

Trombetta sent his letter to City Council President Terrance Freeman and copied it to Teal.

Freeman said he was not involved in any conversations with the state gaming commission. He said he understands Teal’s office asked the commission to send the letter after the commission staff talked with city attorneys.

Dennis said in an email sent Wednesday to Teal that he did not know about the commission’s letter until a reporter asked him about it that day.

Dennis wrote he is “deeply concerned” that Teal had received the letter the previous week and had not shared it with Dennis, who as a member of City Council is the general counsel’s client.

Dennis’s bill (2022-464) would limit the number of permits for such establishments to 20 locations and put in place regulations for on-site armed security guards and security cameras. The city would not issue permits to anyone who has been convicted of a felony or “crime of dishonesty” in a 10-year period before applying.

Dennis said adult arcades still pop up in Jacksonville and “if we stick our head in the sand” about them, they will continue to operate in the city. He said his approach would bring them under city regulation.

“If we regulate, then we know where they are and we know the consumer will be safe,” he said.

City Council member Al Ferraro, who sponsored the bill in 2019 that banned the electronic devices, said repealing that crackdown would be a giant step back for public safety.

“I had mothers and grandmothers who were coming up to me begging me to get involved in this,” he said of his decision to file that bill. “These things are horrible. They bring in nothing but problems.”

Council member LeAnna Cumber, who sponsored a separate bill in 2019 that eliminated a six-month delay in enforcing the ban, said the Florida Gaming Control Commission’s letter makes plain the devices that adult arcades use don’t comply with the state Constitution’s restriction on gambling .

She said the benefit of the city ordinance is that it serves as an additional layer of enforcement when companies try to find loopholes in state law.

She said operators have tried to evade enforcement by setting up the machines in places such as the back rooms of gas stations because they know they’re breaking the law. Cumber said the city shouldn’t respond to that kind of underground activity by legalizing it.

“Under that theory, we should legalize all criminal activity because criminals will find ways to break the law,” she said. “We need to protect the neighborhoods. There’s zero public good that these illegal gaming rooms provide.”

Series A and green table: all slots with a soccer theme