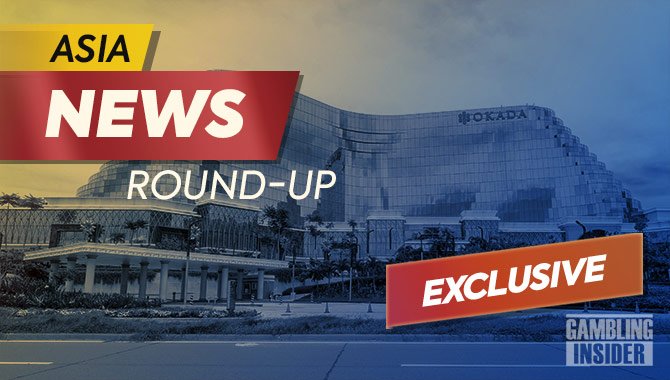 Okada Manila: Ader – “Universal should get the property back”

What do you make of what happened at the Okada Manila, with Kazuo Okada reassuming control of the casino from Universal Entertainment?

Ader: We’re watching things unfold at the casino very closely. Universal has just hosted a very worthwhile press conference on what has happened. What I think Kazuo Okada has done is totally illegal. It’s my very strong view that Universal should get the property back, and everything will be back to normal soon.

What do you make of the Status Quo Ante Order (SQAO), which legally reinstated Okada as the Director & CEO of Okada Manila?

Ader: It’s my view that there were some misrepresentations made to the [Supreme Court] by Kazuo Okada. Universal has two motions pending in the Supreme Court, one is a clarification motion.

I think Okada and his group have really gone far beyond the Status Quo Ante Order, and what’s shocking is some of the videos being released. These include videos detailing violence against an elderly Japanese man, violence against women …

This is something that the Philippine Government and PAGCOR should act on as the facts come out. To me, these clips show very clearly illegal behavior performed by a group controlled by Kazuo Okada. To reiterate, it’s my view that Universal will have the property back and everything at Okada Manila will be back to normal very soon.

How quickly can Universal reassume control?

Ader: As soon as possible. We’re hopeful that it will [be soon]. Of course, I don’t know for sure. There are over 1,000 employees at this property. These people are what matter most. The casino itself is a very important asset for the industry. This has been the main focus, to make sure the employees of Okada Manila are safe and that the property is operating; and that customers are still having a positive experience.

However, the executive at the opposite end of the situation has also had his say. Despite numerous calls for Kazuo Okada to be removed from the Okada Manila, he has reportedly told workers at the casino that the Board will work to “better serve” staff needs.

In a critique of the casino’s previous management, Okada claims his newly appointed Board will begin “elevating Okada Manila to greater heights of success.”

“I think Okada and his group have really gone far beyond the Status Quo Ante Order, and what’s shocking is some of the videos being released. These include videos detailing violence against an elderly Japanese man, violence against women … ”Jason Ader, CEO, SpringOwl Asset Management

These comments came via video call at a “town hall” -style event held in the casino, in which Okada addressed senior management and other working staff on 6 June 2022.

Okada was previously ousted from Okada Manila’s parent company, Universal Entertainment, resulting in the Japanese mogul losing control of the casino and a position of prominence at Universal.

Universal Entertainment has described Okada’s claim of the Philippines’ casino as a “violent takeover.” Okada has, of course, denied that any violent action took place.

Figures for May were just 0.8% lower than those posted in April, and were almost 26% higher year-on-year.

Although Paradise Co has picked up some momentum in recent months, its rolling average for the first five months of 2022 was down 9% year-on-year to KRW88.08bn.

South Korea’s Jeju Dream Tower has had its highest monthly sales performance ever this May.

This was almost double 2021’s monthly average of KRW6.9bn, and broke the previous monthly record set in December 2021 when revenue reached KRW11.5bn.

Jeju Dream Tower first opened amid the Covid-19 pandemic, in December 2020. The company remains confident its recovery trajectory will continue to move upwards, as Covid measures continue to ease in South Korea.

Missed a big gambling industry story in Asia? Don’t worry, Gambling Insider has you covered with our Asia round-up.

How to Win Online Pokies