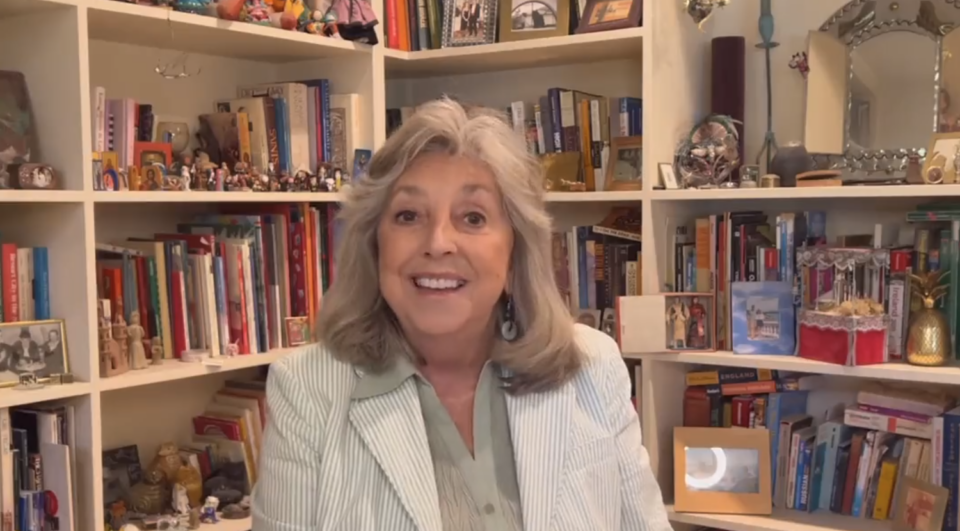 The Congressional Gaming Caucus – with the support of the American Gaming Association and several major professional sports leagues – on Wednesday called on the U.S. Department of Justice (DOJ) to take a harder stance against illegal sportsbooks that take wagers from American bettors.

Nevada US Rep Dina Titus gives a virtual speech on June 25 at the Nevada Democratic Party State Convention. Titus, along with Pennsylvania US Rep. Guy Reschenthaler and other members of the Congressional Gaming Caucus, has called on the Justice Department to step up efforts and prosecute illegal sports betting operators who target US bettors. (Image: US Rep. Dina Titus / Twitter)

More than two dozen members of Congress signed a letter that went to Attorney General Merrick Garland. They asked that the DOJ “make a concerted effort” against offshore operators. Among those listed in the letter sent by Gaming Caucus cochairs Dina Titus (D-Nevada) and Guy Reschenthaler (R-Pennsylvania) are Bovada, MyBookie, and BetOnline, which the lawmakers said have “nearly indistinguishable” platforms from legally licensed providers.

These predatory operations expose our constituents to financial and cyber vulnerabilities; do not have protocols to address money laundering, sports integrity, or age restrictions; and undermine states’ efforts to capture much needed tax revenue through legal sports betting channels, ”the lawmakers wrote.

“These dangerous operators are not relegated to the dark web, but instead are easily accessed through any computer or smartphone,” the letter stated. “This creates confusion for many consumers, who may not even know they are wagering illegally.”

Besides unlicensed offshore books, illegal sports betting can also include local bookmakers, and the government has worked to get several of those cases before grand juries and courts.

The letter urges Garland and the DOJ to work with key stakeholders “to identify the worst actors” and take action against them. They also want federal officials to help “educate” American bettors about the “dangers” tied to illegal betting.

That call comes as legalized sports betting is now available in more than half of the United States.

Currently, 30 states, the District of Columbia, and Puerto Rico allow either retail sportsbooks, online wagering, or both. Five other states have legalized the activity, and two more states – California and Massachusetts – could join them later this year.

Besides the AGA, the caucus’ letter also has support from the NFL, NHL, MLB, and PGA Tour.

“We appreciate Congress’ continued commitment and join in urging the Department of Justice to address problems posed by illegal offshore gambling operators, an issue that affects all who care about the integrity of sports,” NFL Vice President and Chief Compliance Officer Sabrina Perel said in a statement.

The lawmakers want Justice officials to respond by Sept. 6 and provide what support they need from Congress so they can take action and prosecute offshore operators.

About the Gaming Caucus

Offshore sports betting is not the only issue on the Gaming Caucus’ agenda. Lawmakers have also called on the federal government to raise the tax threshold on slot machine jackpots and eliminate the .25% excise tax on legal sports bets.

The UNO card game lands on the internet – Varesenoi.it