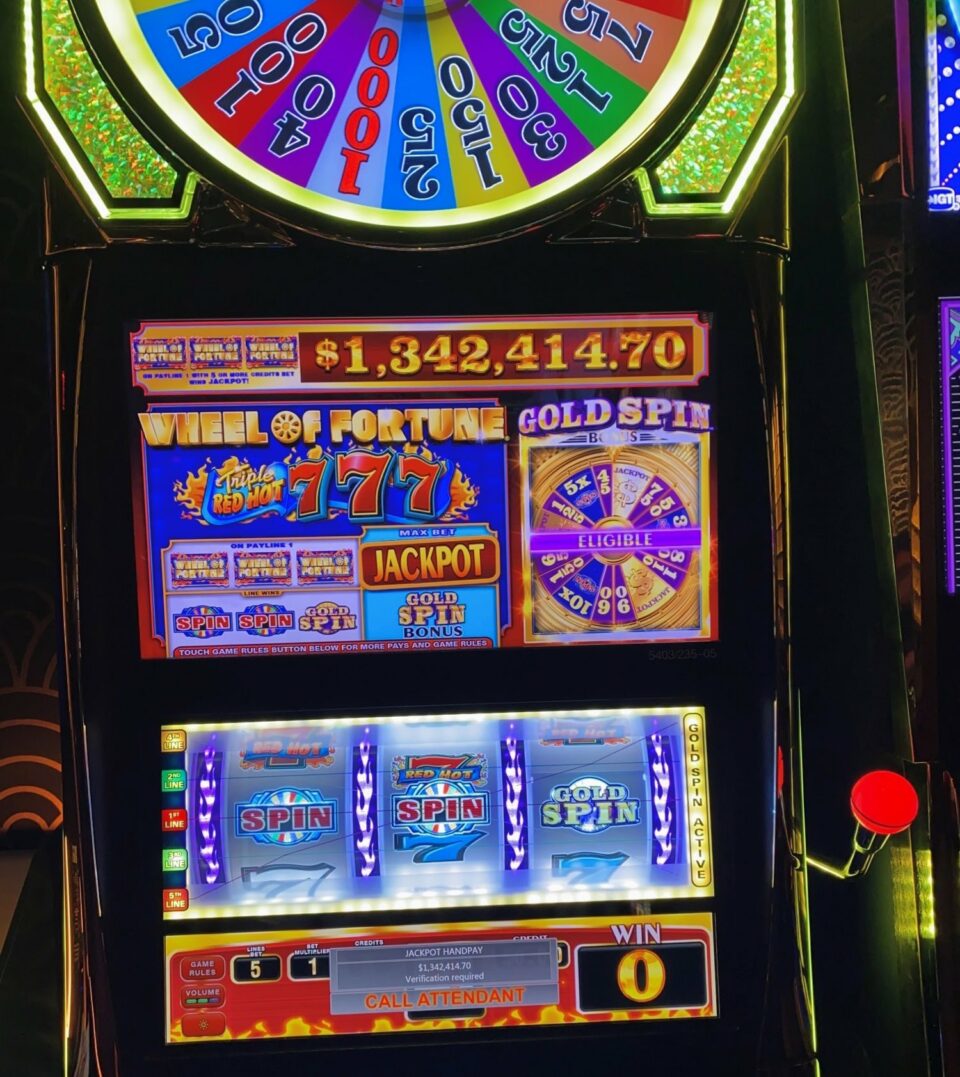 A mystery player won over $ 1.3M on a slot machine at the Golden Gate Hotel & Casino on Thursday morning. The historic Fremont Street gaming venue is located in downtown Las Vegas.

Early this AM, a lucky guest reeled in over $ 1.3MIL on one of our popular Wheel of Fortune slots, ”the casino revealed on a Twitter message. “Our slots are on FIRE.”

Details on the spin and the identity of the winner were not immediately available.

What is known is the Golden Gate is owned by Greg and Derek Stevens.

Last month, another player hit it big, also on a Wheel of Fortune slot machine. It was at The D Hotel and Casino, also in downtown Las Vegas. And that property is also owned by Derek Stevens.

The D reported the slot player hit over a $ 1.4 million jackpot on May 4. The person chose not to release his or her name. But The D told the winner on Twitter, “Enjoy that massive win!”

The lucky player won $ 1,437,768.17. The D Hotel and Casino posted a video on social media which showed the slot and the winning total. It did not show the player.

In order to hit the jackpot, triple diamond Wheel of Fortune symbols had to line up, KLAS, a local TV station, reported. It was unclear how much money the player inserted in the slot before the jackpot.

Las Vegas and other locations have seen several slot machines recently paying out large jackpots to lucky players. In March, a California traveler won $ 328,655 while playing a slot at Las Vegas’ Harry Reid International Airport. The visitor was identified as William J. from Van Nuys. He chose not to reveal his last name.

He apparently was at the airport either waiting for or exiting a flight. He decided to play a Wheel of Fortune slot machine in the B Concourse. The airport did not say how much the spin cost.

Meanwhile, across the country at Connecticut’s Mohegan Sun Casino & Resort, another lucky player won $ 3.8 million on April 4. The Connecticut tribal resort said the jackpot was the largest Wheel of Fortune slot win at the Uncasville property in nearly 20 years.

That lucky player also chose not to reveal his or her name.

Wheel of Fortune, manufactured by IGT, says its popular title made two other gamblers millionaires during March.

A Wheel of Fortune Triple Gold terminal at the Bellagio in Las Vegas hit for $ 1.48 million.

A Wheel of Fortune Triple Red Hot 7s hit for more than $ 1.31 million at the California Hotel & Casino in downtown Las Vegas.