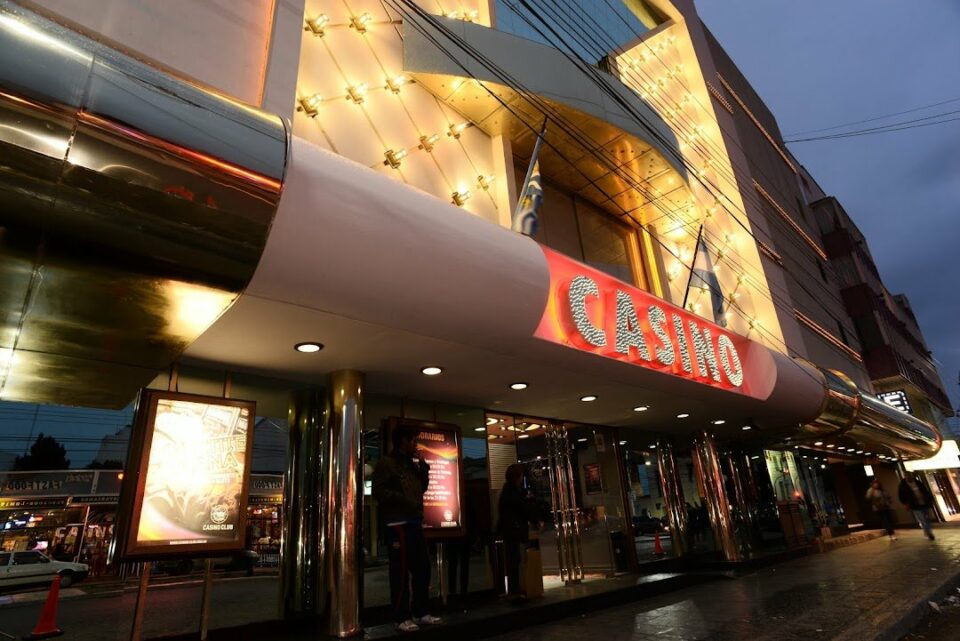 A construction worker in Argentina had a huge stroke of luck last Thursday. Antonio Miranda won ARS $ 100 million (US $ 788,850) at the Casino Club in Rio Gallegos, but the venue refused to pay the prize.

The exterior of the Casino Club in Rio Gallegos, Argentina. The venue is refusing to pay a gambler who won a huge prize on a slot machine last week. (Image: World Orgs)

After the prize hit on the slot machine he was playing, Miranda called for a casino representative to explain the process of receiving the funds. At first, a cash attendant came, congratulated him and told him that the casino was going to pay him the prize. However, the situation took a different direction then.

What he received, instead, were excuses and an attempt on the part of the casino to avoid having to hand over the funds. When the floor supervisor arrived, she tried to use the standard exit strategy of a “malfunction.” She turned off the machine immediately and, when Miranda tried to stand up for his winnings, she accused him of being “dishonest.”

In Argentina, the average annual salary of a construction worker is around ARS $ 360,000 (US $ 2,838). Running into a jackpot like that of Miranda is a life-changer for almost anyone.

Upon insisting that the machine did not malfunction, the man only received denials from the unidentified employee. Miranda even tried to negotiate an arrangement, but the floor manager rejected that, as well.

Finally, at Miranda’s insistence, the supervisor agreed to discuss the issue with her superiors. However, that turned out to be a dead-end, as well, as the individual said she could not get in touch with them. Instead, once again, she turned reverted to her antics of accusing Miranda of being dishonest.

Over the years, there have been plenty of examples of casinos that refuse to hold up their end of the bargain. Too often, like the Treasure Island slot winner and the BetMGM roulette player, casinos, with the support of regulators, believe they can rely on a “malfunction” as a trump card.

The house sometimes wins these disputes, as well. However, when the two sides fail to find an amicable solution, it’s time to escalate the fight.

Taking on the House

Miranda has already contacted a legal firm, hoping it can find a favorable conclusion. The lawyers have begun the process, filing complaints with both the local police and the consumer protection agency.

One of the lawyers told local media that the casino authorities did not communicate with the firm. However, they still expect it to do so to “open a mediation instance prior to the judicial actions.”

In addition, he indicated that there is evidence, as well as witnesses, that support the man. He stated that, as soon as the big prize hit, the bells-and-whistles choir began. At that point, many people descended on the machine and took photos. These will be part of the case against the casino.

The casino is staying quiet and has not yet provided a public statement. The case, should it go to court, could fall either way, depending on whether there is evidence of a malfunction.

Malfunctions happen, usually due to poorly-constructed algorithms or computer code. However, proving there was no internal error is difficult. It’s now up to Miranda and his legal team to do so, but he shouldn’t plan on leaving the construction business yet.

People who risked everything and won the casino

Letters to the Editor: I was sucked by 3 piggies; Future Leaders of America hosted Rob Bonta | Letters