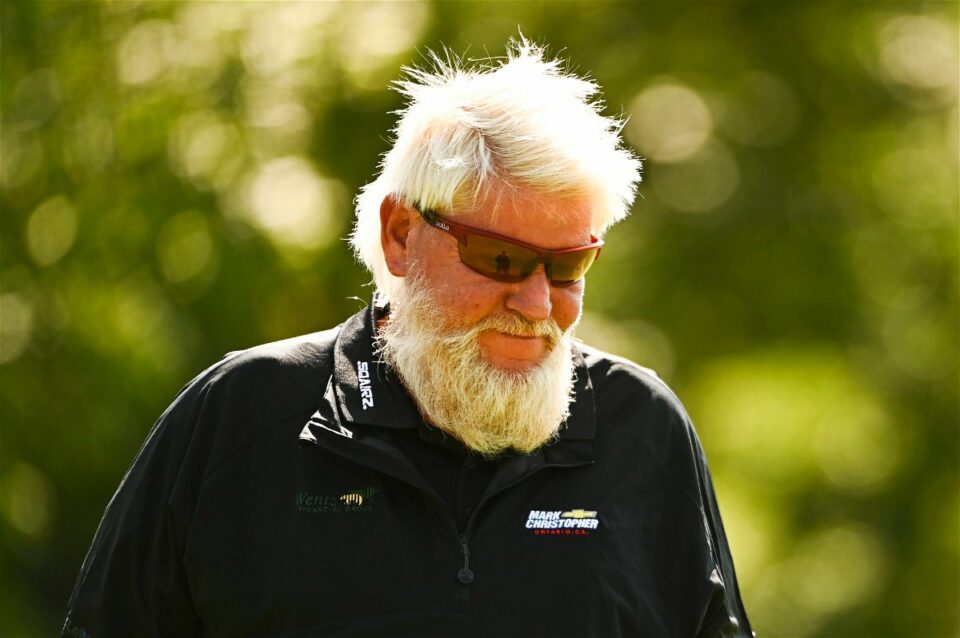 John Daly has made tons of fans throughout his career because of his golfing skills as well as his unique non-country club look on the course. The player is also well-known due to his erratic play on the field and he also received some buzz because of some events in his personal life.

Daly is one of the very few players who are honest about their lives and their problems publicly. Similar to Tiger Woods, Daly is also known for his blunt honesty and carefree remarks off the course. The golf legend has shared a lot about his problems and bad habits with his fans in the past. Read more to know about the bad habits he mentioned in his autobiography.

John Daly talked about his habit of gambling in his autobiography in the year 2006. Daly mentioned that after he lost a game against Tiger Woods, he went to Las Vegas to gamble for money. The golfer shared that he sat down on a slot machine where he had to bet $ 5,000 per play.

Moving forward, he said he lost $ 600,000 within the first half-hour of sitting there. However, he knew that he had won $ 750,000 that day by securing the second position at the American Express. So he decided to gamble more and more until he took out a line of credit worth $ 600,000 at the casino within just 2 hours.

Daly eventually lost $ 1.65 million on gambling that day in five hours. He said in his book, “If I don’t get control of my gambling, it’s going to flat-out ruin me,” It is true in his case, and for anyone else too, that gambling does not ensure profits but makes sure you lose a lot of money at some point.

But this amount is just a pinch of what he lost to gambling throughout his days betting money. The man said in an interview with Graham Bensinger that he had lost a total of 50-60 million dollars gambling in his lifetime. However, in 2016, when Daly had a conversation with Bensinger, he admitted that he now plays on the $ 25 slot machine.

Gambling took a high toll on the golf legend and his lifetime earnings. Daly could have been among the richest golfers had he got control of his gambling habits. What do you think about the player’s habit of gambling?

Watch This Story: John Daly Once Revealed the Shocking Age at Which He First Got Drunk

People who risked everything and won the casino

Top 5 Slots Based on a Hit Movie