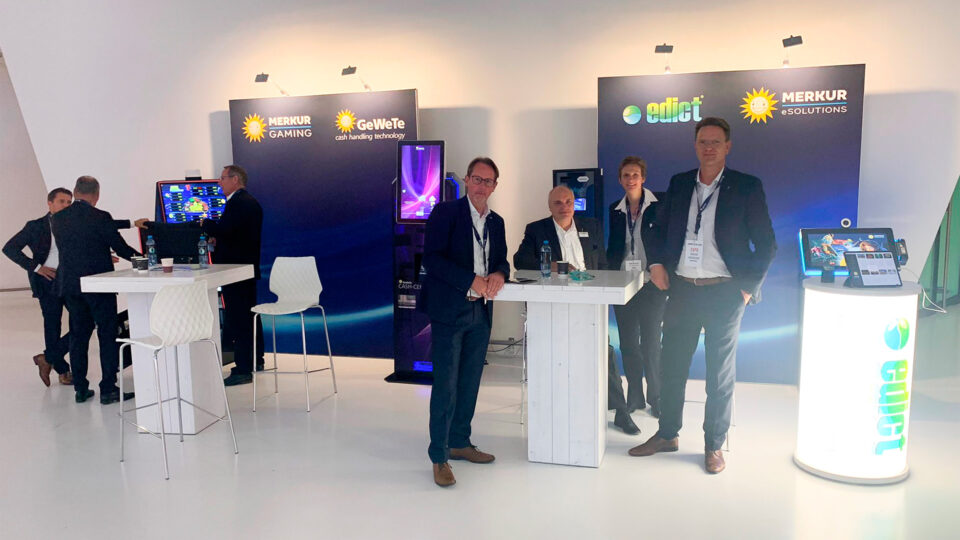 Gaming industry provider Merkur Gaming attended the recent Gaming in Holland (GIH) Conference & Expo, which took place on June 20-21 at the Jaarbeurs expo center in the city of Utrecht. “The Netherlands has always been an important market for the Merkur brand, in terms of both the arcade and casino sectors,” the company stated in a press release, in which it reflected on its “major presence” at the expo.

Holland’s current climate of positive regulation being provided by the Netherlands Gambling Authority (KSA), chaired by René Jansen, has led Merkur “to become a strategic partner of Gaming in Holland (GiH),” according to the company, and thus made it a natural fit to participate at the expo.

The company described the event and said that since 2011, the annual Gaming in Holland Conference has been a “key event to find out what’s happening in the Dutch gaming market and to meet up with all the major decision-makers, focusing on the entire Dutch gambling industry. ” The opening of the regulated online market in October 2021 not only created a completely new market segment but also materially impacted existing markets, channels, and verticals, Merkur says.

Merkur made a “strong commitment” and created a “major presence” at the Expo, being represented by Merkur Gaming and group subsidiary companies GeWeTe and edict eGaming solutions.

Merkur Gaming’s Managing Director, Dirk Sondermann, commented: “We had good discussions with many customers, especially about our new ZONIC slot machine for the Dutch arcades. This unique cabinet with its very good ergonomics and the new game package with the new FIVE game feature was very well received by our customers. “

Additionally, Sondermann said discussions were also held with many of Merkur’s pub customers. “They are already looking forward to our own next, specifically for the pub sector, exhibition that will be held on July 4 at the Van der Valk Hotel Sassenheim in the Netherlands,” the executive explained.

GeWeTe CEO, Aristidis Tsikouras, also reported a satisfactory showing in Utrecht. He said: “This was a great opportunity for GeWeTe. We would like to thank the organizers for a great event, for the informative conference presentations, and for the possibility for us to meet with important personalities from the gaming industry in Holland.”

“The Dutch gaming market has always been an important part of GeWeTe, and not just because our company is geographically close to the Netherlands,” Tsikouras explained. “Our extensive range of products and our solutions meet all needs, for arcades, gastronomy and also for casinos”.

Gaming in Holland also looked ahead to the future of land-based gambling in the Netherlands with Pieter Boers, Vice President of Gaming & Services, Holland Casino, and Dirk Quermann, Executive Director, Merkur Sports & Gaming, addressing in a conference the latest developments and future possibilities.

“In summary, the Gaming in Holland Conference & Expo provided a wealth of information in a setting that was intimate rather than overcrowded in nature. It had however been an excellent gathering, one that highlighted the current strength of gaming, in all sectors, of the thriving Netherlands industry, “the company reflected on the expo.

Serbia has a problem with gambling

How To Start A Casino Business From Scratch