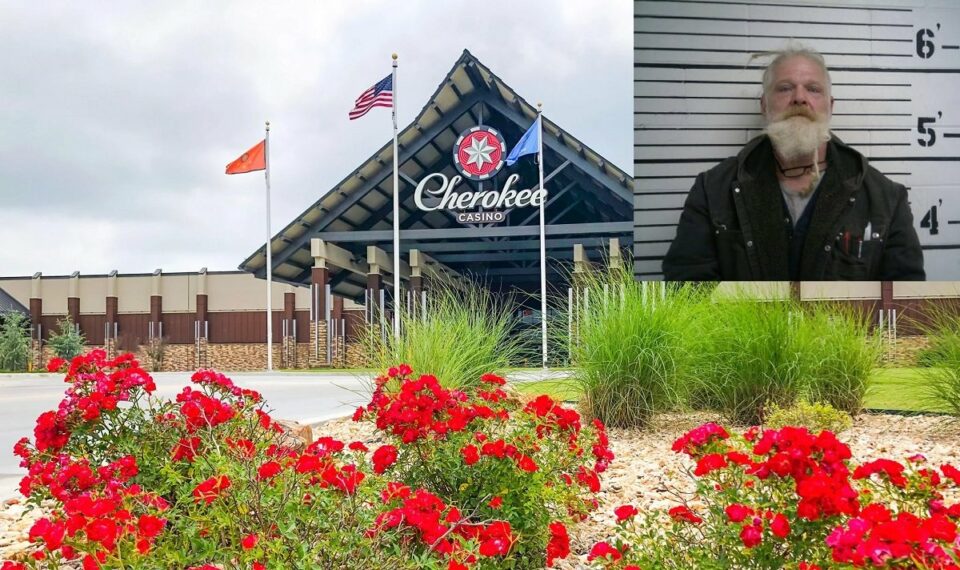 A suspected Oklahoma serial killer turned himself in on Friday, Jan. 28 after calling a police detective relative from the Cherokee Casino Tahlequah and confessing to two murders.

The next day, police found the bodies of not two, but three victims buried under leaves at Lewis property at Eldon Hill near Tahlequah.

Lewis has now admitted to all three killings, according to Cherokee County Sheriff’s Department. But he has not provided a motive.

The victims have been identified as Quinley Lamb, 43, and Brian Shackleford, 42, both of Sharp County, Ark., And Deanna Tippey, 36, of Cherokee County.

Tippey was Lewis’s live-in girlfriend and was killed three days after Lamb and Shackleford. Lewis said he killed the first two victims on his birthday, Jan. 16, according to police. Initial autopsy reports show Lamb died of a fractured skull, Shackelford was killed by a cut to the throat, and Tippey was strangled.

Lamb’s body was the first to be discovered. It was found on Friday afternoon by the victim’s brother, Jimmy Lamb, who had gone looking for her after her family had reported her missing on Jan. 24.

Cherokee County Sheriff Jason Chennault told reporters Wednesday that he did not know why Lamb went looking for his sister at Lewis’ property, located 250 miles from his home, other than there was a family connection between them.

Could There be a Fourth Victim?

He said Lamb was shown around the property by Lewis’ ex-wife, Christina Orosz. In a travel trailer area on the property, they found two Arkansas identification cards, one belonging to Quinley Lamb, and the other to a man named William Ring, according to court documents.

Christina said she contacted her ex-husband Robert by cell phone and asked him about Quinley Lamb, Brian Shackleford and William Ring, and Robert told her they were [sic] here but now they are gone and won’t be seen again, ”reads a probable cause affidavit seen by Fox News.

Lamb found his sister’s body sometime afterward and alerted the police. But they had to wait for a warrant to search the property, which they did the following day.

Ring’s whereabouts are unclear, and the Sheriff’s Office has not commented on whether he is considered a possible fourth victim.

While the killings occurred on the Cherokee reservation, neither the suspect nor the victims are tribal members, so Lewis will be prosecuted by the state. The District Attorney’s Office has charged him with three counts of first-degree murder. It says it could seek the death penalty.

Main features and operation of the Reactoonz slot machine