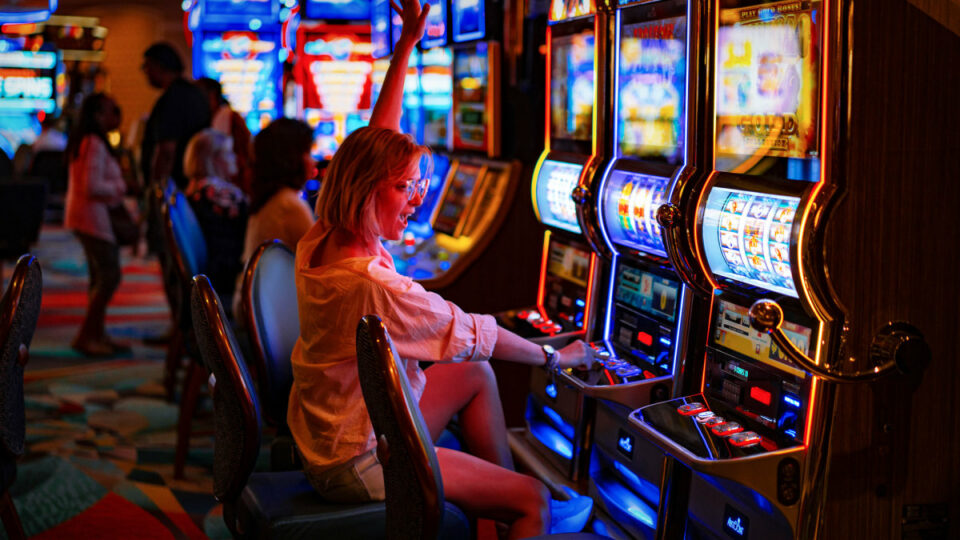 Game shows have a big presence in casinos in Las Vegas, on cruise ships, and anywhere else slot machines exist. That makes sense because people go on game shows to win money and the millions of people watching live vicariously through them.

Putting one of these popular shows into a slot machine gives that slot machine instant recognition. In many cases, the gameplay has very little to do with what happens on the television show that inspired the slot machine, but that almost doesn’t matter. Classic novel-turned-film “Lord of the Rings” once had a licensed slot machine, for example, and while it used the famous characters from the movie, the adaptation was very loose.

With game shows, the connection can be deeper. For example, the “Jeopardy” slot machine uses that television show’s famous board as does one based on the “$ 100,000 Pyramid” game. There was also a slot machine build around Plinko, a game played on “The Price Is Right.”

That game was a little truer to its television counterpart, but the biggest television show turned slot machine has to be “Wheel of Fortune.” The popular game hosted by Pat Sajak with Vanna White turning over letters has been the subject of numerous slot machine variants.

Now, the long-running television show is getting its own casino (sort of).

Wheel of Fortune the Casino

While it comes in a variety of models, the “Wheel of Fortune” slot machines are all built around the same idea – getting a chance to spin the big wheel to win cash prizes. Sometimes you need to line up three wheel spin icons and, in other cases, you simply need one to land on the far right paylines.

Now MGM Resorts International’s (MGM) – Get MGM Resorts International Report BetMGM has teamed with Sony (SNE) – Get Sony Corp. Report, which owns “Wheel of Fortune,” to create a digital casino. The companies noted that more than 250 versions of Wheel of Fortune slot games have been introduced over the last 25 years, making a casino (albeit a digital one).

“Wheel of Fortune is watched nightly by millions of people and BetMGM is honored to partner with Sony Pictures Television and IGT to bring this online casino experience to life,” said MGM Chief Revenue Officer Matt Prevost. “Once live, Wheel of Fortune Casino will offer players the excitement of their favorite gameshow and real money wagering in the palm of their hand.”

The casino will launch first in New Jersey with plans to bring it to other states down the line. It will offer “Wheel of Fortune” branded slot titles produced by IGT, along with many other themed games and features, according to the press release.

“We’re excited to celebrate the evolution of the IGT Wheel of Fortune slot brand with BetMGM and Sony Pictures Television through the launch of Wheel of Fortune Casino. The Wheel of Fortune brand has been synonymous with slot gaming for more than 25 years, and this unprecedented brand-led online casino, driven by BetMGM’s compelling platform and promotional capabilities, is well-positioned to engage and entertain new and long-time players, ”IGT CEO Enrico Drago said.

The challenge for digital casinos is actually similar to competition on the Las Vegas Strip. Customers can go to a lot of different places to gamble and you need to stand out to attract attention. That’s at least partly why casinos have garish themes designed to attract your eyes.

In the digital world, you can’t build a giant pyramid, a fake Statue of Liberty or a replica of the Eiffel Tower to get attention. That makes licensing a popular name a smart idea as it could attract customers.

In this case, most slot machine players know the “Wheel of Fortune” brand even if they don’t watch the television show. That makes this a very smart play by BetMGM as it tries to stake out its digital turf in a very crowded marketplace.

There are at least five fun ways to play online slots.