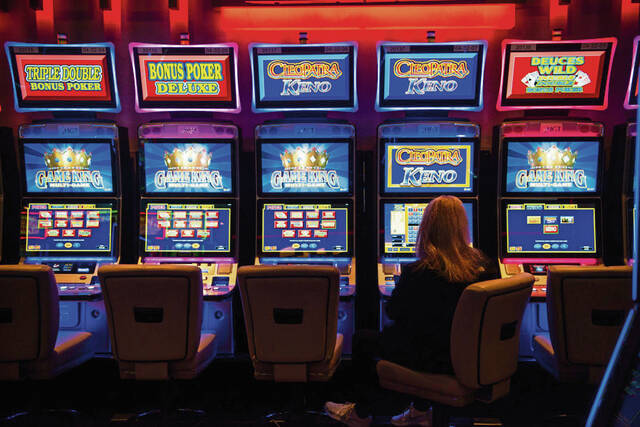 Revenue at Pennsylvania casinos continued a gradual decline in May, a trend seen across the state since the record-breaking month of March.

In all, more than $ 447.7 million in revenue was generated in May, according to the Pennsylvania Gaming Control Board. That’s a $ 13.8 million decrease from April, when revenue reached $ 461.6 million. It’s also significantly less than March, when revenue totaled $ 462.7 million, the highest monthly sum to date.

Despite that decrease, May’s numbers were 8% higher than the same period last year, when revenue totaled $ 413.1 million.

Of the state’s 16 licensed casinos, Hollywood Casino at Penn National in Dauphin County saw the highest revenue in May, bringing in more than $ 62.8 million.

Sports betting at the North Shore casino brought in $ 1.7 million, which was $ 1.1 million more than April, when it generated $ 585,024. In all, the casino saw $ 23.8 million wagered through retail and online sportsbooks.

At Hollywood Casino at the Meadows in Washington County, revenue totaled $ 23.5 million.

Lady Luck Casino Nemacolin in Fayette County generated more than $ 2 million, $ 1.9 million of which came from slot machines and $ 137,376 from table games.

The Hempfield facility saw $ 992,163 generated on sports bets in May.

Megan Tomasic is a Tribune-Review staff writer. You can contact Megan at 724-850-1203, [email protected] or via Twitter.

The positive impact of gambling on mental health

Pennsylvania gambling expected to hit $ 5B in revenues for 2022 | Pennsylvania