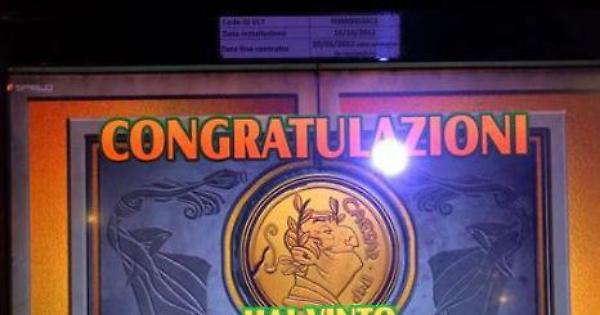 CREMONA – The premise is twofold and due: gambling hurts and gambling is a disease that currently affects over one million and 300 thousand Italians, of which at least 12 thousand (10%) are forced to seek medical treatment. A population that has no age, that of the player, and that affects all age groups. It goes from the pensioner who squanders the savings and efforts of a lifetime, to young people and very young people, with a national average per capita expenditure of over 1,400 euros.

The gambling industry has grown consistently and impressively in recent years and by more than 45% between 2018 and 2021. Taking into account the longer period, since 2016, Italians have increased spending by 250%. for gambling, sports betting and everything related to slot machines and online casinos. Given all this, Cremona on Friday night recorded an important win: 500 thousand euros for the video lottery in the Best Fiches room in via Mantova.

“It’s a national jackpot, it’s played online with all of Italy,” said Lino Maestri, the owner of the room. 20% will go to taxes, in the so-called fortune tax, but the lucky player will still receive 400 thousand euros net. I’m happy for him, because after these difficult years, a little luck doesn’t hurt. I’ve had the room since 2011 and I’ve never had such a high win. “
The winner, who obviously remains mysterious, will be able to cash in the win in the next few days: “The machine has printed a ticket with the win that will be sent to the network dealer who will then settle the amount,” explains Maestro. And then, for the lucky Cremonese (or not?), A new life will begin: with just under half a million euros more in the bank.