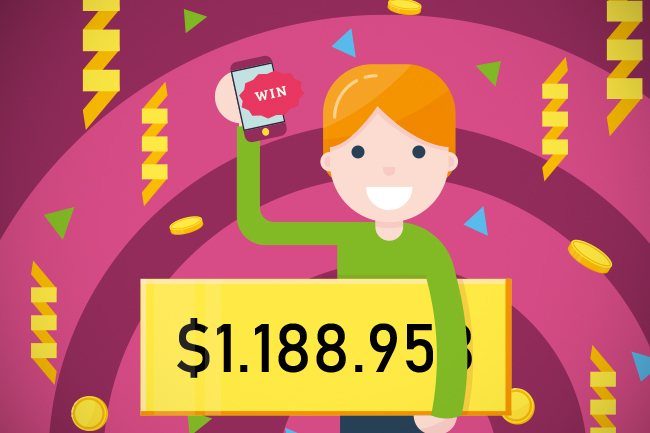 At the end of last week, the Western Canada Lottery Corporation announced that the province has found a brand-new VLT-millionaire. The Crown agency revealed that Scott Wheatley from Regina, Saskatchewan, has won a grand jackpot worth more than a CA $ 1 million on a video slot terminal. He triggered a Vault Breaker jackpot at Regina’s Four Seasons Palace, earlier this month.

Vault Breaker is an extremely popular game among VLT players, and it connects over 4,200 VLTs located across 570 locations in 270 communities across the province. The game comes with three types of jackpots, the first one is provincewide, while the other two are the regional major and the local site jackpot.

On Friday, the WCLC confirmed that Mr. Wheatley has won the impressive CA $ 1,188,958.43 on a Vault Breaker grand jackpot on a VLT machine at the Regina’s Four Seasons Palace on May 8, 2022. Last week, the winner appeared at a WCLC office to claim his mega prize and shared some details about his major windfall.

Mr. Wheatley said that when the jackpot hit, he initially thought that he was dreaming. And when all five vault breakers rolled, he immediately knew that it would be the largest one. With the money, he says that he plans to put a portion of them in his savings and his retirement. He also considers buying a new truck and a storage trailer as a treat for himself.

When playing the three jackpot tiers can be awarded to the player. According to the Crown agency, the provincewide prize has given away CA $ 20,395,529.69 in cash prizes to 21 winners since June of 2017. After Mr. Wheatley’s recent win in May, the provincial jackpot has now been reset to CA $ 500,000 and awaits its next winner.

Last month, the WCLC announced that it will be adding an even greater VLT variety to Saskatchewan. This was achieved by a collaboration with Inspired Entertainment, as the provider will provide an additional 700 Valor ™ VLTs to the province. The updated VLTs will feature new game themes specifically designed for the Saskatchewan audiences, and they are expected to be delivered by the end of this year, with new content supplied in 2022 and 2023.

Recently, the Crown corporation has been a target of criticism from Saskatoon-Grasswood MP Kevin Waugh. The MP is not happy with how the Crown agency has handled the introduction of single-event betting, as currently, it is only available in the province via Sport Select. However, he is not quite fond of the current offering due to different odds for the province and more.