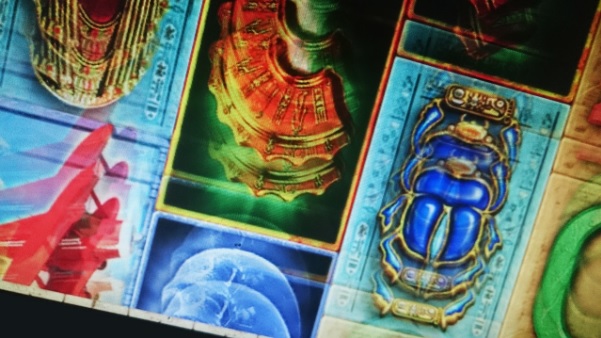 The slot machine they are by far the most popular type of casino game. Whether it’s online slots or part of a traditional casino’s offering, there are literally thousands of titles to choose from. How was this addictive and beloved pastime born??
In today’s article we will give you an overview of the origin of slot machines and their evolution throughout history.

The origins of the slot machine

The origins of the slot machine date back to the late 19th century. The first was developed by the New York company Sittman and Pitt in 1891: equipped with 5 drums and a total of 50 playing cards, these machines were found in many bars and the price of a match was a nickel. Once the coin was inserted, users had to pull a lever to trigger the game mechanism. The car did not offer direct payments, so winnings were paid at the bar with non-monetary prizes, such as various drinks and tobacco.

Charles Augustus Fey He is often referred to as the inventor of the slot machine we know today, as he created a prize-giving machine. He replaced the deck of playing cards with only 5 symbols – hearts, pictures, spades, the horseshoe and the bell: the highest payout was awarded by lining up 3 bells, which is why the machine was named Liberty Bell.

Although slot machines were officially banned in 1902, the Liberty Bell remained in production for a long time. Since cash prizes could no longer be distributed, the era of “fruit machines“: These machines used fruit-shaped symbols and the prizes awarded consisted in fact of gums and candies of tastes corresponding to those of the symbols.

The advent of electronic slot machines

In 1964, Bally launched its first slot completely electromechanicalwhich was entitled Money Honey. The operation of the reels was entirely electric, but the lever was still used to start the games, since the players had become familiar with this characteristic element. The game was a huge success, and soon after, the historic lever was removed from the new slots on the market.

1976 was the year the first video slot was developed. It was produced by the company Las Vegas Fortune Coin and used a modified 19-inch Sony TV as a display. The slot machine was originally introduced at the Hilton Hotel in Las Vegas, but soon the game spread rapidly throughout the city’s famous Strip.

Online slots and casinos: from the network boom to the present day

The Internet boom in the mid-1990s brought with it the birth of the Internet first online casinos. At first these platforms hosted only the most traditional casino games, such as roulette or blackjack, but soon slot machines also made their appearance. As was the case with physical casinos, online slots soon became more popular than classic titles. They still make up the bulk of digital casino offerings that allow you to play for real money or play slot machines for free. Players of slot machines today, relying on the leading players in the iGaming marketplace, can freely choose from a wide variety of settings and a myriad of different graphic stylestaking advantage of competitive bonuses and measuring themselves with always new and innovative mechanics.

FIFA associations are calling for an investigation into the prize pools