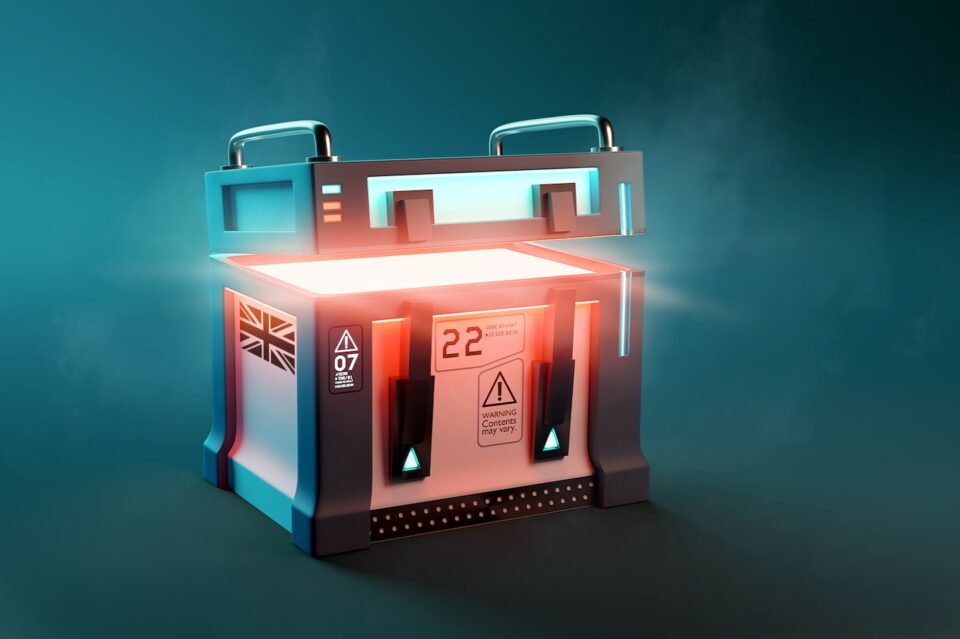 The UK government has decided against including loot boxes under its existing gambling regulations after an extensive inquiry into the matter launched in 2020 by the UK’s Department for Digital, Culture, Media and Sport (DCMS). In the department’s report, DCMS Secretary of State Nadine Dorries described any formal regulations at this time as “premature,” but called upon the video game industry to continue to improve consumer protections, threatening future legislation should it fail to do so.

Legislators around the world have become increasingly concerned with loot boxes, particularly in titles popular with children. In video games, loot boxes are capsules of random virtual items that can be purchased with real money, in-game currency or a combination of the two. The rewards obtained by opening a loot box can range from purely cosmetic items (as is the case for “Overwatch” loot boxes) to rewards that enhance a player’s power in-game, a model decried as pay-to-win by many gamers. The implementation of loot boxes in 2017′s “Star Wars Battlefront II,” which resulted in a massive public outcry, was a disastrous cautionary tale for publishers pursuing the latter route.

In its report, the DCMS describes loot boxes as closer to a pack of Pokémon cards than a slot machine, explaining that the items procured from a video game loot box typically don’t have real-world value and exist primarily to enhance the user’s gameplay. experience. Bringing loot boxes under the purview of the U.K’s Gambling Act – which outlines provisions for various forms of gambling including casino games, sports betting and scratch cards – could have repercussions for other industries.

“Consumer products ranging from football stickers to trading cards, or even some subscription services such as ‘wine of the month’ clubs, rely on a mechanism whereby the real value or utility of the ‘prize’ is not necessarily known at the point of purchase , ”Reads the report. “While careful legislative drafting could help single out loot boxes, they don’t necessarily have well-defined boundaries which clearly demarcate them from comparable products.”

The DCMS also concluded that regulating loot boxes could overload the responsibilities of the Gambling Commission, which would run the risk of blindsiding it to “other potentially problematic monetization methods.” If the UK does decide to regulate loot boxes in the future, it is likely that the Gambling Act would be amended to place age restrictions on the practice, similar to existing provisions. Currently, the minimum age for betting in football pools is 16, while the minimum age for gambling in casinos is 18.

The DCMS said that while its InGame study (commissioned by the department for the inquiry) hasn’t found a causal link between loot boxes and gambling addiction, there should be more industry-led protections in place to protect young gamers.

“We want to mobilize the industry’s creativity, innovation and technical expertise to deliver tangible progress, improving at pace protections for children and young people and all consumers,” Dorries wrote in the foreword of the report. “If this does not happen, we will not hesitate to consider legislative change.”

Some of the changes the DCMS proposed to game companies were parental supervision for loot box purchases, transparent loot box mechanics and improved research for future policies. The DCMS also noted its intent to create a technical working group comprising members from the game industry, government departments and regulation organizations. By working with academics and consumers, the DCMS hopes that this group will establish industry-wide protections without the need for political intervention.

“We expect the development of industry-led design norms and best practice guidance with regards to loot boxes to be an output of this work,” wrote the DCMS.

The Diablo franchise is about how anything is corruptible. Enter ‘Immortal Devil.’

Zoe Osmond, chief executive of UK-based gambling harm reduction charity GambleAware, called for stricter regulation in a statement to the Guardian. According to GambleAware’s own study (which was cited by the DCMS on its own report), 93 per cent of children in the UK play video games regularly, and an estimated 25-40 per cent of those players have bought a loot box.

The Gambling Health Alliance (GHA), a coalition dedicated to combating the harm caused by addictive gambling, began the #LidOnLoots campaign with the aim of classifying loot boxes as a form of gambling and to ban loot boxes from any video game played by minors. According to the GHA’s own survey, 75 percent of young gamers (ages 11 to 24) felt that buying loot boxes was bad for their health, 76 percent believed loot boxes should be illegal for minors and 91 percent agreed that loot boxes are a form of gambling.

Loot boxes have spawned their own cottage industries, largely out of sight of government regulation. For years, “Counter-Strike: Global Offensive” has had a thriving gambling scene around skins, cosmetic variants applied to in-game models that can be obtained from loot boxes. Broadly speaking, there are two types of skin betting. The first is more akin to traditional sports betting, where users gamble their skins on the outcome of an esports match; the second is a lottery where players throw their skins into a pot for a chance to get back skins of higher value. Both forms are largely facilitated by specialized sites.

Those skins can then be sold on the Steam Marketplace for Steam Wallet money, with the rarest and most coveted skins fetching up to $ 1800 (Valve, the Counter-Strike developer and Steam storefront operator, caps all single-listing purchases at $ 1800). Money obtained from sales can be used to buy video games and even Valve’s $ 999 VR kit off the Steam Marketplace, though users cannot withdraw those funds.

In 2016, the legal ambiguity of skin gambling was thrust to the forefront when YouTubers Trevor “TmarTn” Martin and Thomas “ProSyndicate” Cassell were exposed for promoted the skin gambling site CSGO Lotto without disclosing their ownership of the site, as reported by Dot Esports . The US Federal Trade Commission stepped in, reaching a settlement with Martin and Cassell that required them to abide by numerous compliance rules, including transparent endorsement and extensive record keeping. Martin and Cassell were not required to pay any fines.

Today, skin gambling in “Counter-Strike: Global Offensive” is largely underground due to Valve’s ongoing campaign to crack down on trading sites.

As esports watchdog tackles widespread match-fixing, critics fear it can’t do the job

Other countries have taken more aggressive action against loot boxes. In 2018, Belgium declared that loot boxes are “in violation of gambling legislation” and called for all loot boxes that can be purchased with real money to be removed. In the Netherlands, there is mounting government support to ban loot boxes outright. In response, Valve has restricted loot boxes for players in Belgium and the Netherlands. Similarly, Blizzard removed the ability for Belgian players to purchase loot boxes in “Overwatch” and “Heroes of the Storm” in 2018.

“Diablo Immortal,” Blizzard’s latest release, is not available in Belgium and the Netherlands, reportedly due to regulations in those countries.

Technology: How is livestream affecting some industries?