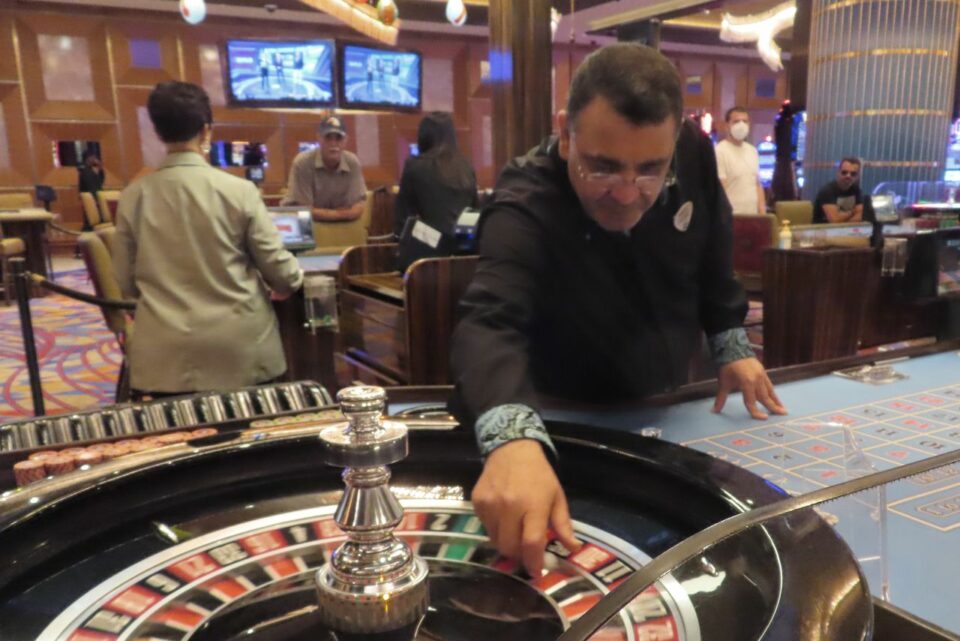 ATLANTIC CITY, NJ — The COVID pandemic forced most US casinos to close for months, causing payrolls, revenue and earnings to tumble.

But the forced shutdowns and highly regulated recoveries also taught the industry useful lessons that will endure even after the pandemic is a distant memory, panelists at a major casino conference said Thursday.

Speaking at the East Coast Gaming Congress, executives from several major regional gambling companies and one of the world’s largest said the changes they were forced to make because of the pandemic had some benefits.

“It forced us and gave us the ability to say to our guests that things that used to be viewed as an entitlement, maybe they don’t need them as much as they thought they did,” said Jim Allen, chairman of Hard Rock International . “Do you need a buffet? Should you have a buffet?”

The conference was held in the Hard Rock casino in Atlantic City, whose buffet is still operating. Some of Hard Rock’s casinos in other states, including Florida, offer buffets while others do not.

David Cordish, chairman of the Cordish Companies, which operates casinos in Pennsylvania, Florida and Maryland, said the pandemic offered his business an opportunity “to tighten the ship.”

“We haven’t gone back to buffets,” I said. “It certainly wasn’t fun. Being closed for months was horrendous for employees. But there were a lot of lessons learned.

“What we did — and we may need to do it again — is when we were shut, we put in every possible type of health and safety screening you could do,” including hand sanitizers and barriers between player positions at table games, measures that were commonly adapted at casinos across the country.

Cordish said those expenses paid off handsomely once the casinos were allowed to reopen in mid 2020.

“People were fed up with being cooped up and came pouring back to the casinos, particularly when we did these things,” he said. “Since we reopened, business has been terrific.”

FILE – This May 3, 2021 file photo shows an intentionally disabled slot machine next to a woman playing a different slot machine while wearing a face mask at the Hard Rock casino in Atlantic City, NJ (AP Photo/Wayne Parry, File)AP

“We had a restaurant that was open every day for lunch and never made any money,” he said. When the casino reopened after its pandemic-related closure, “We didn’t bring it back, and no one ever said a thing about it.”

“We had a Subway sandwich place that didn’t work,” he said. “Then we converted it to a pizza place and that didn’t work. Someone suggested converting it to a sushi place — and I don’t like sushi. And it succeeded.”

Gural also said closure helped him realize that spending big money on broadcast ads, billboards and car giveaways wasn’t bringing in the return he expected, making it easier to scale back spending on such things.

Daily housekeeping of casino hotel rooms has become another casualty of the pandemic in some places. In June, Atlantic City’s main casino workers’ union filed a complaint with the state that four casinos were failing to clean guest hotel rooms daily as required by law, and one admitted it did not have enough housekeepers to clean every room every day.

Hospitality industry leaders say the combination of a shortage of housekeeping workers and the reluctance of some guests to allow hotel workers into their rooms during their stay has led to the abandonment of a daily room cleaning standard in resorts across the country.

A man plays a slot machine at the Hard Rock Casino in Atlantic City NJ on Aug. 8, 2022. On Sept. 16, 2022, New Jersey gambling regulators reported that the state’s casinos, horse tracks that offer sports betting and the online partners of both types of gambling outlets won $470.6 million from gamblers in August, up nearly 10% from a year earlier. (AP Photo/Wayne Parry)AP

One lingering effect of the pandemic is smaller payrolls. This is due both to workers who were let go during or shortly after the closures and have not been rehired, and a continuing difficulty in attracting new workers across the gambling industry, as with many others.

Jayson Guyot, president and CEO of Connecticut’s Foxwoods Resort Casino, said he ordered a complete restructuring of the business from top to bottom during the closure— something that would have been difficult to do had it still been operating.

But he also voiced a common concern: Foxwoods has not yet returned to its pre-pandemic business levels.

That is a major concern for Atlantic City’s casinos, which collectively have yet to return to 2019 revenue and profit levels for in-person gambling.

Second-quarter earnings, released in August, show that five of Atlantic City’s nine casinos failed to exceed their pre-pandemic profit levels, and the resort as a whole saw a decrease in profits of nearly 1%.

Atlantic City has thousands less casino workers than it did before the pandemic struck. It, like virtually every other casino market, has struggled to attract new workers and retain existing ones.

A dealer prepared to spin the ball during a game of roulette at the Hard Rock casino in Atlantic City NJ on Aug. 8, 2022. On Sept. 16, 2022, New Jersey gambling regulators reported that the state’s casinos, horse tracks that offer sports betting and the online partners of both types of gambling outlets won $470.6 million from gamblers in August, up nearly 10% from a year earlier. (AP Photo/Wayne Parry)AP

Hard Rock recently made headlines by spending $100 million to give big raises to 10,000 non-tipped workers, most of them in the US Other companies have given smaller raises recently. Foxwoods has raised its hourly minimum wage from $10.50 two years ago to $14.50 now, Guyot said.

here are the players who love the green table

How to choose a casino to play! List of reliable online casinos for real money