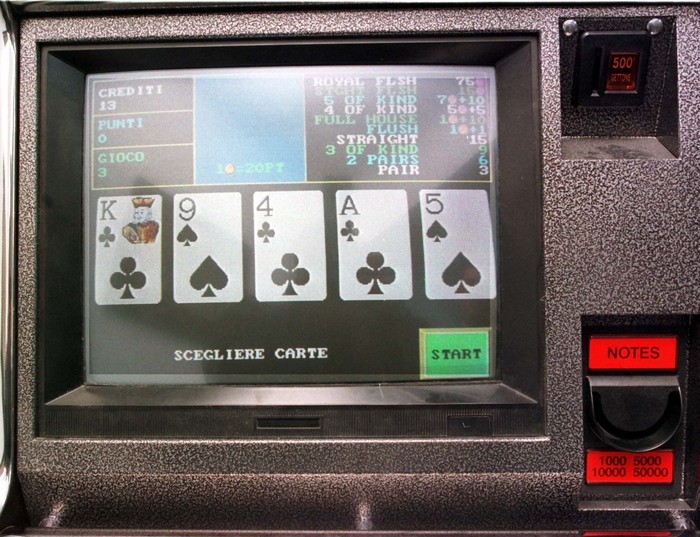 There are games that have had a real consecration over the years. The world of casinos has always attracted people from all over the globe and when you decide to go to the Principality of Monaco or Las Vegas, it is impossible not to stop at one of the most famous gambling facilities in the world. Roulette, slot machines, blackjack and many more are filling the halls and online platforms: yes, because with the advent of the internet and new technologies, online casinos have come out, gaining great success among the public.

Among the most popular entertainment titles in physical and online casinos are video poker games. We are talking about a close relative of poker, widely practiced in our country. Playing it is very simple, thanks to the system that takes inspiration from slot machines. But where is it born and how is it played?

The history of video poker

To understand the story behind this game, you need to take a slight step back, coming to the creation of slot machines. These were born in 1887, from the ingenuity of Charles Fey. Initially they were called Liberty Bell and it was mechanical: inside we found three rollers composed of 5 symbols each. The coin was inserted and the iconic lever was lowered, allowing the reels to rotate until the combination appeared: if you were lucky, you would win a pack of cigarettes or a drink.

From this idea came video poker, as a hybrid of slots and the 5 card draw. In 1901, Fey himself made the “Skill Draw”, which is a machine that allows you to hold the cards in the first round and complete the hand with the next, a bit like poker. Another 69 will pass before watching the first digital video poker, as we understand it today. In 1970, Dale Electronics Corporation invented Poker-Matic, a television screen and brain that can process data and produce graphics and sound effects to attract players. It was not very successful, despite the widespread popularity of land-based casinos, as there was still too much skepticism about digital machines.

Other years passed, and in 1978 William Si Redd decided to found Sircoma. Over the years, this company has become an important point of reference in the world of video poker on American soil. The following year, “Draw Poker” was launched. In 1994 we witnessed the birth of online video poker, managed by microgaming.

The game is similar to traditional poker. In video poker, the player places a bet and the machine randomly generates the cards. Once displayed on the screen, they will determine the player’s score. Of course, you can change a number of cards and replace them with new ones. This operation is at the discretion of the player, it is not mandatory. Depending on the score, the machine releases the prize at the end of the game. In short, we are talking about a game based entirely on the luck of the game.