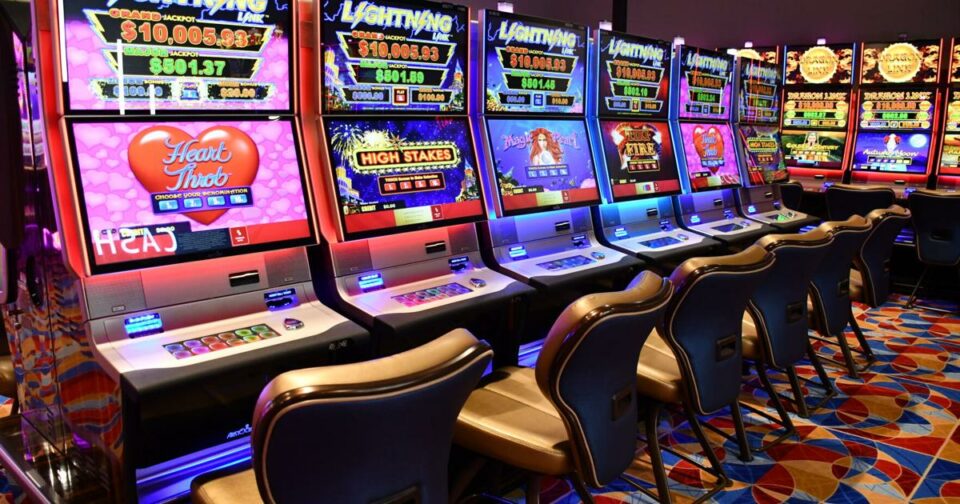 If you happened to have read a similar column to this one, you’ll be happy to hear I’ve moved up from the fictional dollars my editor gave me last year.

Yes, you read that right, fictional. He gave me 200 imaginary dollars to gallivant through Bristol for a column describing to you fine people just how I would spend $ 200 on the Tennessee side of State Street. It was a good time – but my luck seems to have gotten even better (well, mostly).

I was given real, actual, tangible money to gamble at the brand new Bristol Casino in Bristol, Virginia, during its first Saturday in business. I was given $ 100 to try my luck at the new temporary casino, a first for any Times News reporter. (I know this because I asked the employee who asked me to sign my receipt if she had ever had given a reporter money for gambling. She said “nope” with her eyebrows raised. I don’t know that she was confident in my ability to return any money.)

Neither was I, and for good reason.

Until the media tour Friday morning at the Bristol Casino, I had never stepped foot onto an actual gaming floor. I know nothing about casinos or poker or even slot machines.

Yet I thought I had a strange sort of family history on my side.

My grandmother would flip her lid to know it was my job on Saturday to go gamble and write a story about it for the newspaper. My grandmother, whom we all called “Nona,” (she always said “Grandma” sounded too old to her), loved gambling, smoking and drinking and was married six times. She was most excited about the birth of my older sister because she weighed 7 pounds, and 11 ounces and was 21 inches long, (lucky gambling numbers apparently).

Nona owned a liquor store in Albany, Georgia, and was even shot in the back twice at a poker game (somewhere in the afterlife she’s angry I put that in print – not that she was shot, but that it was during a poker game. According to her, the game was over and they were having chocolate cake – big difference.) She somehow lived, though they never removed the bullet, which was too close to her heart. I’m still not sure she had one. She was pretty mean.

Nonetheless, as I walked into the building, I could almost hear her croaky, smoker’s voice saying, “You’re lucky because you’re related to me” with her bright blue eyes squinted and a cigarette resting between her red nails or red claws ”as we called them as kids.

But boy, would Nona be disappointed.

I took my time walking onto the casino floor just to take in the sights and sounds. The smoking area is the largest portion of the casino floor, with a small non-smoking area in the back. It didn’t really matter where I played though, because I lost everywhere – and will be bringing a whole bunch of nothin ‘back to the Times News on Monday. So much for that pizza party we dreamed of having with the winnings I earned for the company.

I might have disappointed my late, poker-loving grandmother. (But that’s okay. She owes me one for taking me to Pal’s and to play bingo for my 10th birthday instead of going shopping and to what I thought would be a fancy dinner at Damon’s. I guess we’re even now). I also most certainly didn’t double my money (though at one point I earned $ 20… and then quickly lost it to the same machine).

But I left with more than that.

It seems the goal should never be to expect to earn money at a casino, but rather to see how much entertainment and enjoyment you can get out of the whole thing. You go to concerts, movies and ball games not to take anything home with you, but to be entertained. And I was certainly entertained. That’s how the casino paid me.

I had a pretty memorable day with my mom, sister and brother-in-law trying out machines, watching the troves of interesting people filtering through the room and talking about how jealous Nona would be to know we were there.

I did, however, finally find a little luck at the very end.

I found a machine in the middle of the smoking section amid the slots that turned my own $ 20 bill into $ 120. My Times News money was long gone at this point, and I thought maybe Lady Luck would take pity on me if I played with my own money. Of course I kept chancing it and my $ 120 dwindled to $ 95. I quickly cashed out though I was tempted to keep trying what luck I had found. I pocketed my $ 95 after “donating” $ 60 of my own money. (It sounds so much better when you call it a “donation,” doesn’t it?)

But now I get it. I understand the allure of the slot machines. I see why people just want to keep playing and trying their luck and seeing those numbers and icons spin around until they abruptly stop, hopefully landing on three repeating images.

So many of the machines were dazzlingly bright with exciting sounds making you immediately wonder if you had earned any money.

I watched a man in a ball cap at an electronic craps game quietly celebrate and pump his fist over winning some money at his machine. Another man sat back in the non-smoking area as his safari-themed slot machine game kept showing flashes of gold coins as his earning number rolled higher and higher. He seemed unaffected, but I was experiencing some real secondhand excitement for this stranger.

But the slot machine I liked best had a wonderfully mechanical metal arm you pulled to spin (you can, of course, tap the “play” button, but where’s the fun in that?) If you landed on the “spin” icon, you could win anywhere from $ 40 to the grand prize at over $ 3,000. It was almost like a game within a game to get to see the top of the retro-themed machine spin around like a wheel on a game show. My machine landed on the “minor” prize twice, helping me reach my $ 120 dollar prize.

I might not have won much of anything, but I sure had the best time taking in the atmosphere, which feels less like a mall inside and more like a place all its own.

My family and I kept turning to one another saying, “Doesn’t this feel like we’re in some other, faraway place?” We also enjoyed lunch at Mr. Lucky’s, the full-service American cuisine restaurant at the casino.

The new Bristol Casino offers a wide variety of games, including roulette, as shown at top. However, gambling isn’t the casino’s only attraction. Mr. Lucky’s, a full-service restaurant, features menu options such as cheeseburgers, above, ribs, steaks, and even a regional favorite: soup beans and cornbread.

The menu included everything from soup beans and cornbread to ribeyes. I ordered the North Carolina barbecue ribs, as did my mom and sister, while my brother-in-law settled on the signature burger. I was very impressed with the service and hospitality – and the mac and cheese.

After this, I don’t know that I’ll be trusted to gamble with anyone else’s money again. I’m clearly not the best at gambling, but I think I’d go all in on a bet saying that won’t be happening again.

I plan to pay my editor back in full. It’s just the right thing to do.

I just hope he doesn’t mind if I use the same money he gave me for my last Bristol column. I hear it’s a little easier to double imaginary money.