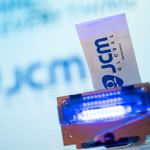 Japan Cash Machine Co Ltd, also known as JCM Global, has revised upward its earnings forecast for the year ending March 31, 2023. The company said in a recent filing that the revision based on higher-than-expected sales in the second half. of its financial year.

JCM, a company listed on the Tokyo Stock Exchange, manufactures machines that validate tickets and handle currency, as well as printers for casino gaming machines and other devices related to gaming hardware.

JCM revised its net profit forecast to JPY 2.3 billion, up from JPY 1.4 billion in its original projection.

“At the time of our previous earnings forecast release (August 3, 2022), it was uncertain whether we would be able to secure semiconductors and other electronic components in the second half of the current fiscal year,” the firm said .

But the company added that it had now “reached a point” where it had more clarity about its supply chain and “as a result, sales are expected to increase”.

He added: “The increase in net sales is expected to be accompanied by an improvement in profits at every stage of the business process.”

The company said, however, that “its profit margin in the second half of the fiscal year was expected to decrease” compared to the first half, “due to the inevitable increases in manufacturing costs and expenses caused by the increase in global commodity prices and supply chain disruptions.”

In an English version of its latest update, the company also said it recorded JPY 982 million in foreign exchange gains as non-operating income in the fiscal first half.

Tips instead of tricks: Is it possible to rig casino slots?

Free slot – no download and games, bonuses and promotions casino 2022

How to Win at Mostbet Slots?

What are the online slots that pay more?

Percy Jackson and the gods of Olympus: Rick Riordan confirms the presence of an iconic location | tv