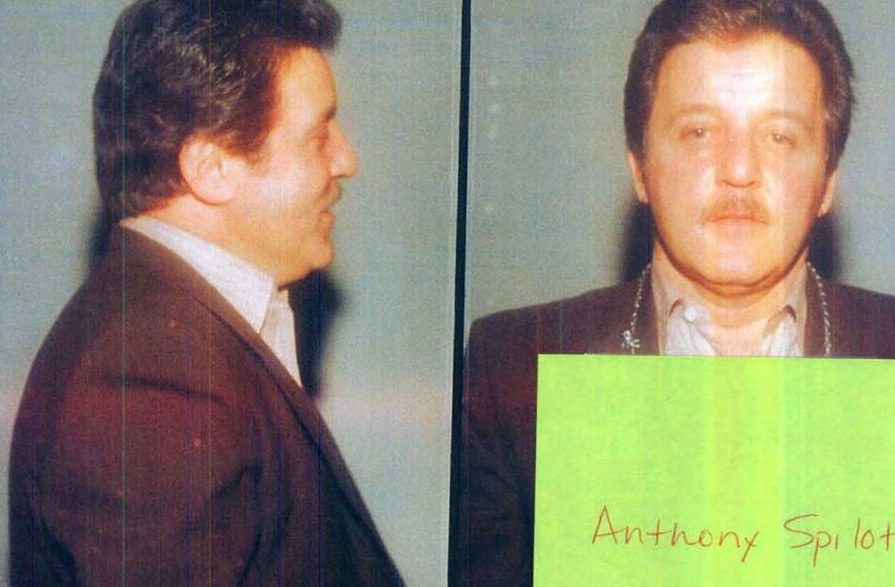 Lake Mead is finally giving up its dead.

The largest reservoir in the US straddles Nevada and Arizona and is 39 km east of Las Vegas. But for the past three decades, its water level has continued to drop as a relentless drought has turned the southwest into a dried-up prune.

On May 1, a corroded oil barrel was found embedded in the dying lake’s mud. Inside, a decomposing body was believed to have been whacked sometime in the 1970s or possibly the early 1980s.

The unfortunate victim had been shot in the head – execution-style. Old-style Mafia.

In this file photo taken on July 19, 2021, a boat sits on the water as a “bathtub ring” is visible at sunset during low water levels the Lake Mead reservoir due to the western drought s seen from the Hoover Dam, near Las Vegas . Photo by PATRICK T. FALLON / AFP via Getty Images

That era was the most violent in Sin City’s bloody history where mobsters wouldn’t blink at clipping a rival. Much of the bloodshed was unleashed by the Chicago Outfit’s Vegas rep, the diminutive Tony “The Ant” Spilotro who was made famous by a psychotic Joe Pesci (as Nicky Santoro) at Martin Scorsese’s Casino.

According to Jeff Burbank, author of Las Vegas Babylon: True Tales of Glitter, Glamor, and Greed, Spilotro may have iced as many as 20 gamblers, wiseguys, and goofballs between 1975 and 1977.

We apologize, but this video has failed to load.

Spilotro was born in Chicago in 1938 and by his teens had fallen into a life of crime, along with two of his brothers. Another sibling became a dentist.

Always quick to spot fresh talent, The Outfit tapped Spilotro in the early 1960s, and soon he became famous for his violence and delight in torturing delinquent customers of his loan shark boss, Sam “Mad Sam” Distefano. For his demonic diligence, Spilotro got shipped to Vegas in 1971 as The Outfit’s overseer.

His job? Skim as much money as possible off the take of the mob-controlled casinos. And if he had to kill to protect that cash flow, then so be it.

This leads us to Lake Mead’s body in the barrel.

Research from Burbank and a Mob Museum colleague suggest the time-capsule corpse is one of three possible victims.

Robert DeNiro and Joe Pesci in Casino. Pescis character was based on The Ant. HANDOUT / WARNER BROS.

– Slot machine cheat George ‘Jay’ Vandermark whose job was to oversee the gambling machines for the mob at the Stardust. He vanished after cheating his underworld overlords.

– Dope dealer William Crespo turned stool pigeon after being busted with a whack of cocaine. He never made it to trial.

– Burbank’s leading candidate is Johnny Pappas, who kept a boat on Lake Mead and was a longtime Outfit operative. On Aug. 18, 1976, he was slated to meet someone at a Vegas diner to sell his boat. Pappas was never seen again.

But the connection between all three men? Tony Spilotro.

The bloodshed wasn’t confined to Vegas. Bodies started hitting the pavement from Kansas City to Cleveland, mobsters and teamsters alike. Two dozen in all.

And ballistics revealed that the murder weapons were a Spilotro favorite: a .22 caliber handgun with a silencer. The lower caliber bullet also meant the slugs entered the victims’ heads but without the blood and brains. No-fuss. No muss.

Unfortunately, Spilotro was fast running afoul of his Outfit bosses. The bloodshed attributed to him was beginning to make famously accommodating politicians in Nevada – and Washington – nervous resulting in a Vegas crackdown.

Is the body in the barrel George Jay Vanderwalk? PHOENIX PD

At a meeting in suburban Chicago, top-ranking mobsters met to decide what to do about their high-profile wild child in Vegas. One wise guy, Rocco Infelice, was succinct: “Hit him.”

On June 14, 1986, The Ant and his brother Michael drove away from the younger Spilotro’s suburban home in his 1986 Lincoln and vanished. The car was recovered several days later near O’Hare International Airport.

Six days later, the corps of the Spilotro brothers were discovered by a farmer in a cornfield near Enos, Ind. One was atop the other, wearing only their underwear, and an autopsy revealed the notorious twosome had been beaten to death. Verdict: Blunt-force trauma.

Like a lot of mob hits, the double deaths of the Spilotro brothers went unsolved for a long time. Then, in April 2005, 14 members of the Chicago Outfit were arrested and indicted on 19 murders, including the brothers.

A slew of mobsters were sentenced to long prison sentences, dealing a devastating blow to the Chicago mafia.

In 2010, Tony Spilotro’s son told Maxim that Michael was the real target. Tony was taken off the board so he wouldn’t turn on the Outfit looking for revenge.

CRIME HUNTER: Murder most foul in the times of Queen Victoria

According to the Daily Mail, the Clark County Coroner’s Office says it could take a year to identify the body in the barrel and that the investigation will include the examination of familial DNA.

And the ghosts of the mafia will once again be stirred.

From our newsroom to your inbox at noon, the latest headlines, stories, opinion and photos from the Toronto Sun.

Thanks for signing up!

A welcome email is on its way. If you don’t see it, please check your junk folder.

The next issue of Your Midday Sun will soon be in your inbox.

We encountered an issue signing you up. Please try again

Postmedia is committed to maintaining a lively but civil forum for discussion and encourages all readers to share their views on our articles. Comments may take up to an hour for moderation before appearing on the site. We ask you to keep your comments relevant and respectful. We have enabled email notifications — you will now receive an email if you receive a reply to your comment, there is an update to a comment thread you follow or if a user you follow comments. Visit our Community Guidelines for more information and details on how to adjust your email settings.

G2E Shows Off What’s Coming To Casinos This Year

How much does it cost to enter the Casino of Lugano?