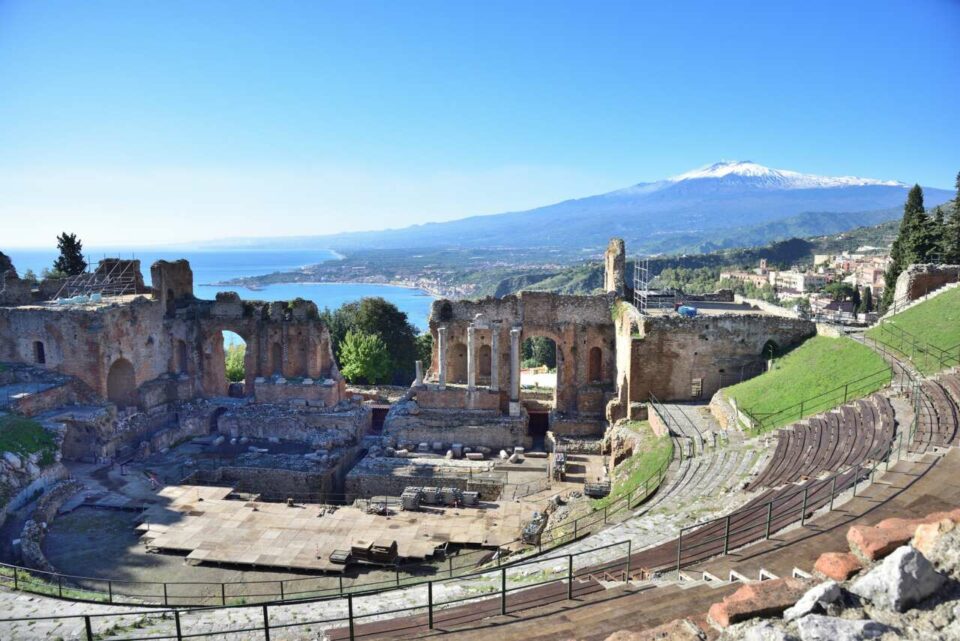 From Cary Grant to Marlene Dietrich, the illustrious guests of Villa Mon Repos

Taormina is now one of the Italian tourist destinations par excellence. Its beauty, its history are an attraction for all travelers from the world. In the 1960s, however, the Sicilian city attracted international attention for its casino at Villa Mon Repos, the only casino, until today, in all of Southern Italy. A structure that quickly became a meeting point for high society and many VIPs of those years, not only Italians but also foreigners.

The history of the Villa Mon Repos casino

In 1963, the entrepreneur Domenico Guarnelleschi, former administrator of the casino in Tripoli, identified Taormina, already well-known for its splendid places and monuments, as a new center for its business, investing time and resources in the construction of the first casino of the entire Mezzogiorno. Italy, giving the Sicilian land fame and notoriety even among regular players and bringing to the territory, thanks to its knowledge and the friendship relationships built in many years of career, the most important names of the cinematographic scene but also intellectual of the time. From Cary Grant to Marlene Dietrich, there were many Hollywood VIPs who had the pleasure of visiting the Sicilian land and spending elegant evenings at Villa Mon Repos.

The tale of the Taormina Casino, however, lasted only two years. In 1965, in fact, the structure was closed due to the failure to renew the operating license on the part of the Italian State. This was the final motivation but it was never clear why he arrived at this decision. According to some sources it seems that Guarnelleschi tried to “force the hand” with the law by trying to have a law applied in favor of Libyans of Italian origin so that they could be granted re-entry into the country with an exclusive permit for gambling in the casino of Taormina .

I don’t know if it’s true or not, but there are shadows on this point. Of course, if this story were true, it would only be one of the reasons that led to the closure. In the following years, there was an attempt to reopen the room with little success, both due to bureaucratic issues and, above all, due to the lack of real investors.

Because other casinos have not been opened in Sicily

Sicily would have everything to be able to host a casino. It is a land sought after by tourists, it is highly visited, it has several fascinating places where you can install a structure for the game. And certainly and benefit, especially economic, for the region sarebbero remarkable. Direct and indirect income, in restaurants, in hotel structures, etc., Sicily would receive many of them.

The idea of ​​reopening another casino in Sicily has always crossed the mind of entrepreneurs, politicians and administrators, but it has never gone well. The latest proposal came in 2014 through the Sicilian Regional Assembly (ARS) when Mondello was identified as a potential site for a very new casino. But even this time the idea was just a fascinating project.

How to play at the casino in Sicily

In recent years, gambling in casinos, especially online gambling with games such as slot machines, roulette, black jack and poker, has spread all over the world and naturally Sicily is no exception. Today, in fact, the online game is the most popular alternative to play this type of game, especially because of the distance from other physical Italian casinos and the possibility of using different coupons, such as the sisal bonus code, which allow nuovi utenti di usufruire di alcuni vantagei at the time of registration. Partecipare alle forme digitali di giochi casino è molto semplice, infacti, e basta davre a computer o uno smartphone per potersi lancia una mano di poker or virtually pull the lever of a digital slot machine and try to win.

Rave becomes a crime, up to 6 years in jail for organizer and participants

The online game boom in recent years, here is the reason

Atlantida: the project of a State-casino in front of Sardegna

A guide to Las Vegas, from artsy neighborhoods to the neon-lit Strip