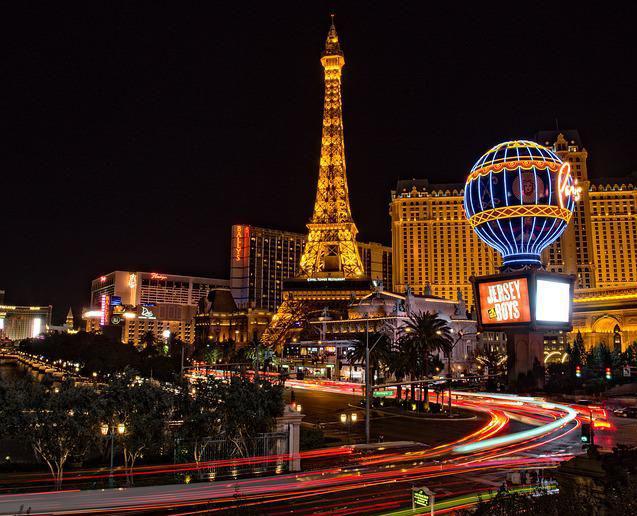 Milan, 29/06/2022 – Las Vegas continues to be a landmark for players around the world. In fact, in May 2022 there was another dizzying expense with very high revenues for casinos. Huge sums of money continue to be spent, especially on slot machines and even gaming tables. Revenues are really exorbitant: only in April 2022, they were + 8.6% compared to the same month in 2021. For the month of April 2022, it is considered an important figure, since for the fourteenth consecutive month revenues exceeded the record. The figure is around $ 1.13 billion for April.

The resumption of tourism in an important way has led to very high revenues: not as much as in March, but still important. When it comes to gaming, slot machines have allowed casinos to record such significant revenue: $ 804.1 million from slots.

Board games increased + 32%, to $ 324 million, with $ 2.6 billion bet. A figure that is growing exponentially: the state of Nevada lives mainly thanks to tourism, especially in the city of Las Vegas, thanks to 72 facilities in which to play. Some foreign online betting casinos have also been legalized that have encouraged spending in Nevada, along with money from the tourism industry.

The increase in travel also grew, especially to McCarran Airport, which welcomed about 5 million passengers passing through Las Vegas.

Why talk about exponential growth?

It seems that Baccarat has been the most appreciated game in percentage at the tables and that sports betting, on the other hand, has decreased. As for NFL betting, they are in a slight recession and therefore in the negative. In total, there was a loss of $ 4.1 million for April, with a slight rise in May.

Baccarat had no rivals in terms of board games, with as much as $ 727.7 million bet by players, of which $ 94.9 million was lost at the tables. The increase compared to the previous year was + 35.1%.

The slot machine industry reported $ 804.1 million in revenue across the state of Nevada. As for Las Vegas, it seems that there are still growing profits for the first days of June, double that for these games.

The closure during the pandemic, as in other cities around the world, has had serious consequences for Las Vegas. Despite everything, the reopening was great. The ups and downs of the pandemic moment did not discourage bettors who are exploiting all the unexpressed potential of the State of Nevada, even considering some closures, such as Red Rock which sold The Palm to the San Manuel Band of Mission Indians. The Palm then reopened in a futuristic and important way on April 27, 2022, with a lot of renovation. In March 2022, the Oakview Group stated that it wanted to build a huge and varied $ 3 billion amusement park in Las Vegas. It will be located south of the Strip on Blue Diamond Road with 20,000 seats, a resort hotel and lots of entertainment: in addition to the game room, there is also a beautiful amphitheater.

The birth of the MSG Sphere

The most discussed news of the last year is the birth of a black sphere 111,557 meters high and 157,267 meters wide. The opening is scheduled for 2023, by the end of the year, with 17,000 seats. The peculiarity is that each station will have internet access and headphone audio transmitted with very high quality. In addition, each station will have screens that transmit both inside and outside the sphere.

It looks like 2023 will truly be a year of continued investment and opening up, not only for the city of Las Vegas but also for the state of Nevada. You will see, in fact, the opening of Fontainebleau Las Vegas, or the “Big Blue”, with a breathtaking space and many attractions. There will be 4000 resort rooms, the game room with many seats. It will be a great opportunity and wonder to be able to shop in restaurants and shops with famous brands. There will also be an impressive swimming pool, many nightclubs and an offer of wellness and Spa

A rich, fun and active Las Vegas with lots of entertainment, a lot of money spent to encourage tourism not only in the game, but also through other fashionable mechanisms such as attention to personal well-being. In fact, it seems that all the resorts not yet equipped with a gym, swimming pool, spa, will be able to recover and offer the same potential as many competitors.

Spike is a well-known Italian YouTuber who since 2009 has run a channel dedicated to informing about the subject of slot machines. On the channel, you can compare the experiences of various players and have more reliable and safe gaming experiences.

John Daly Once Casually Lost $ 1.6M in Vegas After Choking in a Playoff Against Tiger Woods

Slot machines and video games: an ever closer relationship